Since the outbreak of conflict in Syria at least three million children have been unable to attend school. With 1 in 5 schools no longer functioning, the provision of education has become a major concern.

In response to this need, Muslim Hands has set up two schools in Idlib, 37 miles from Aleppo. Haas School, established in 2013 and Al-Fatera School, which opened in September 2014, are collectively educating almost 1,000 children, cared for by over 50 members of staff.

The schools provide a safe and healthy environment where children can learn as well as providing families with a sense of normality and routine. We also ensure that our fully qualified staff are earning a decent living, and are thereby able to support themselves and their community. The school accepts students from all backgrounds, including orphaned children and those whose families are struggling financially.

Because of Haas and Al-Fatera schools, children are receiving an education and socialising with their peers in a safe environment, teachers no longer have to worry about how to support their families, and can focus on their pupils and the community as a whole benefits from the stability and normalcy that local schools provide. In short, the people of Idlib can renew their hopes for the future.

How the Schools Work

The curriculum covers a broad range of subjects, from English and Maths to History and Art. As with other Muslim Hands schools across the globe, student welfare is also a priority and children are provided with school meals, clean drinking water, school bags and a safe play area.

All costs of the school, including staff salaries, rent, fuel for heating and power and teaching materials, are covered by Muslim Hands. We are also meeting the cost of school fees, stationery and other necessary materials for the children.

The Situation on the Borders

With 50% of Syrian refugees being under the age of eighteen, neighbouring countries like Turkey, Lebanon and Jordan are struggling to cope with an influx of school-age children.

Muslim Hands has been working to combat this. In 2013 we helped to set up a school for refugees on the Lebanese border, providing 500 children with an education. We are also supporting young Syrians in their vocational training. Since 2008, Muslim Hands had been supporting Palestinian refugees in Lebanon to train at a technical school, offering nationally recognised diplomas in computer installation, mechanics and electronics, amongst other skills. After 2011 this was extended to include young Syrians and we hope to empower many more to build a better future for themselves and their families.

Insha’Allah, with your support we can continue to combat this dire situation, investing in the future of children who have had their world turned upside down and supporting teachers, many of whom lost their homes, loved ones and livelihoods because of the crisis.

By giving to our Syria Crisis Fund, you can help to provide an education for children that have had their lives disrupted by war and displacement. 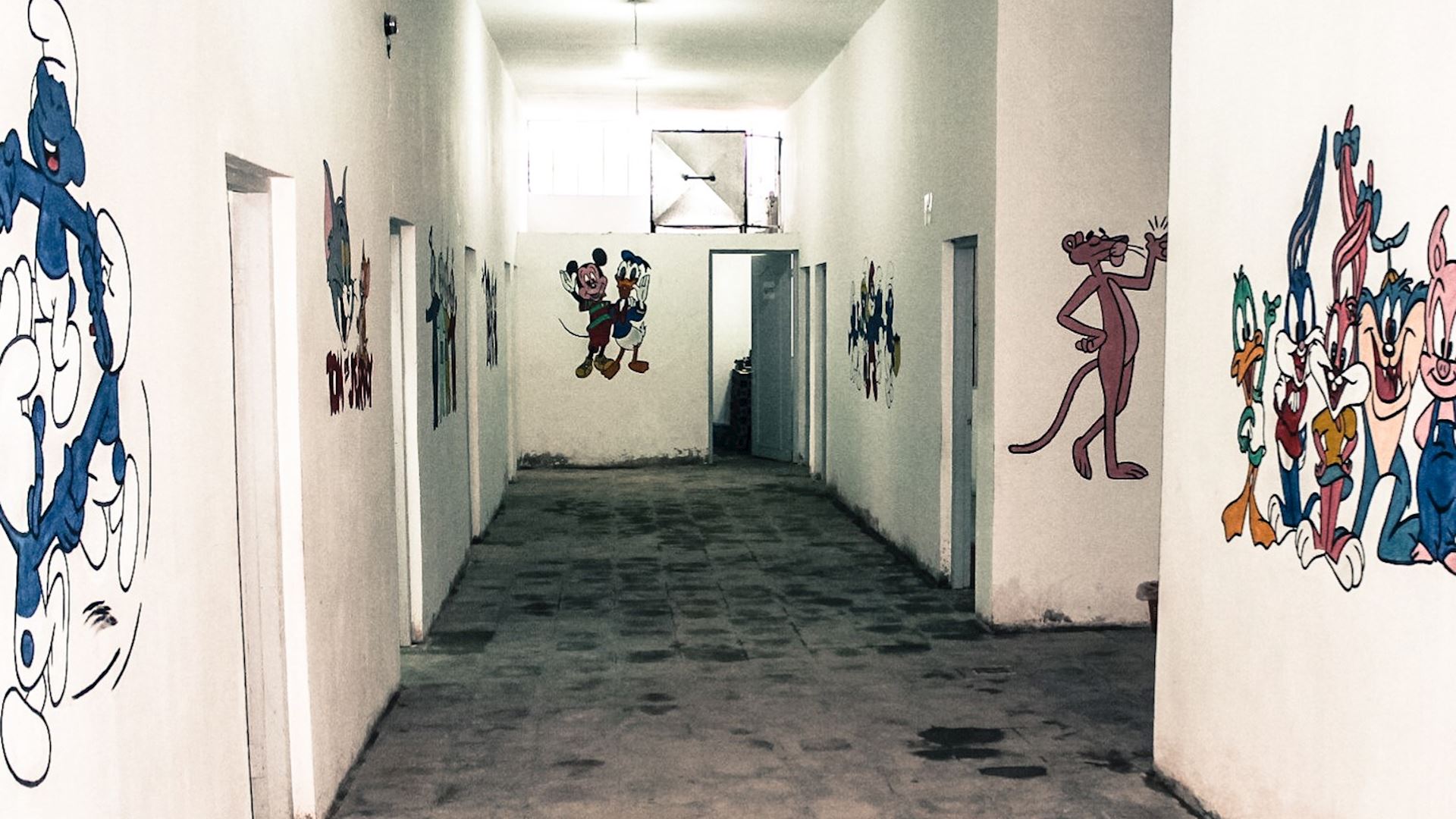 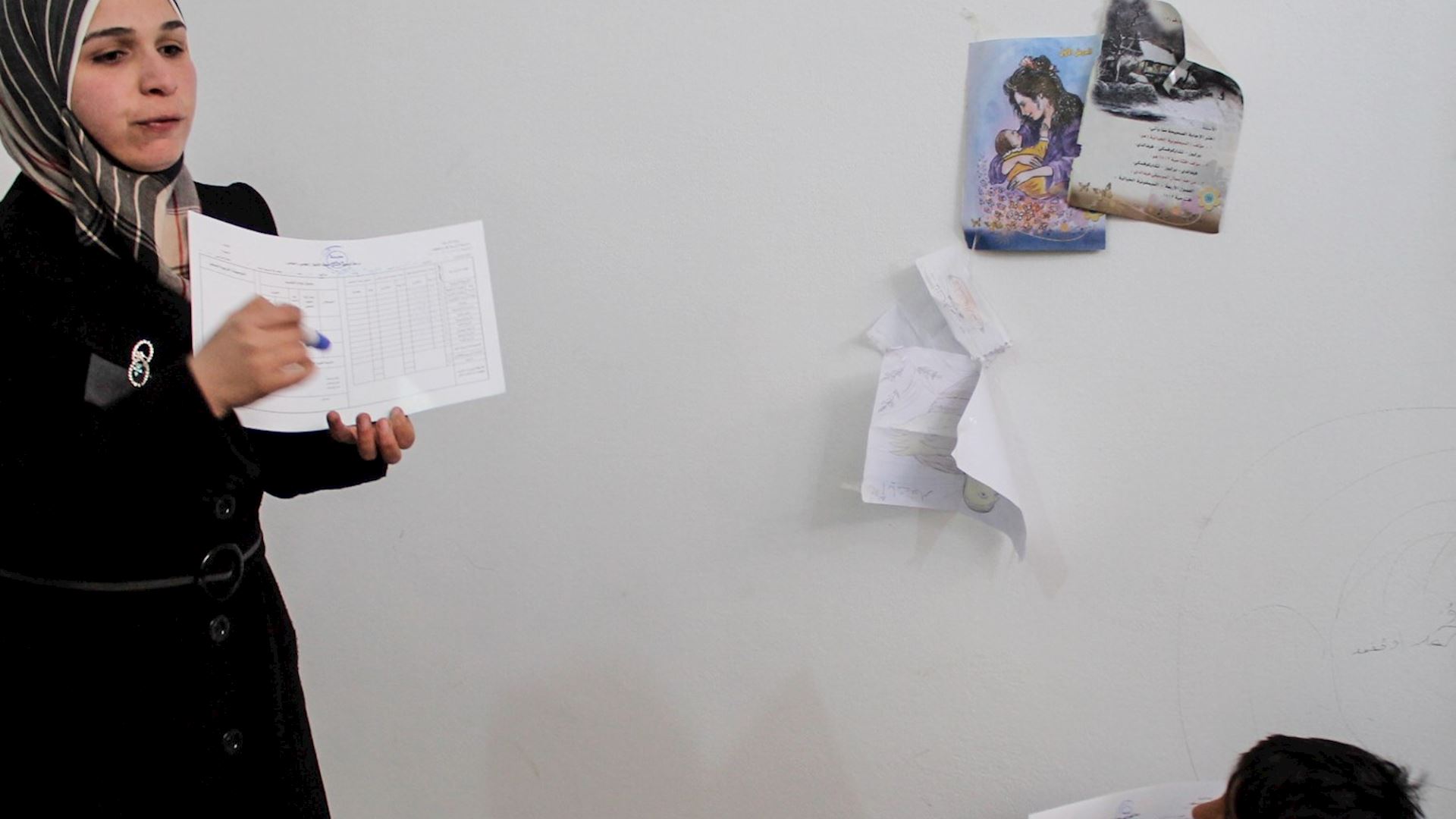 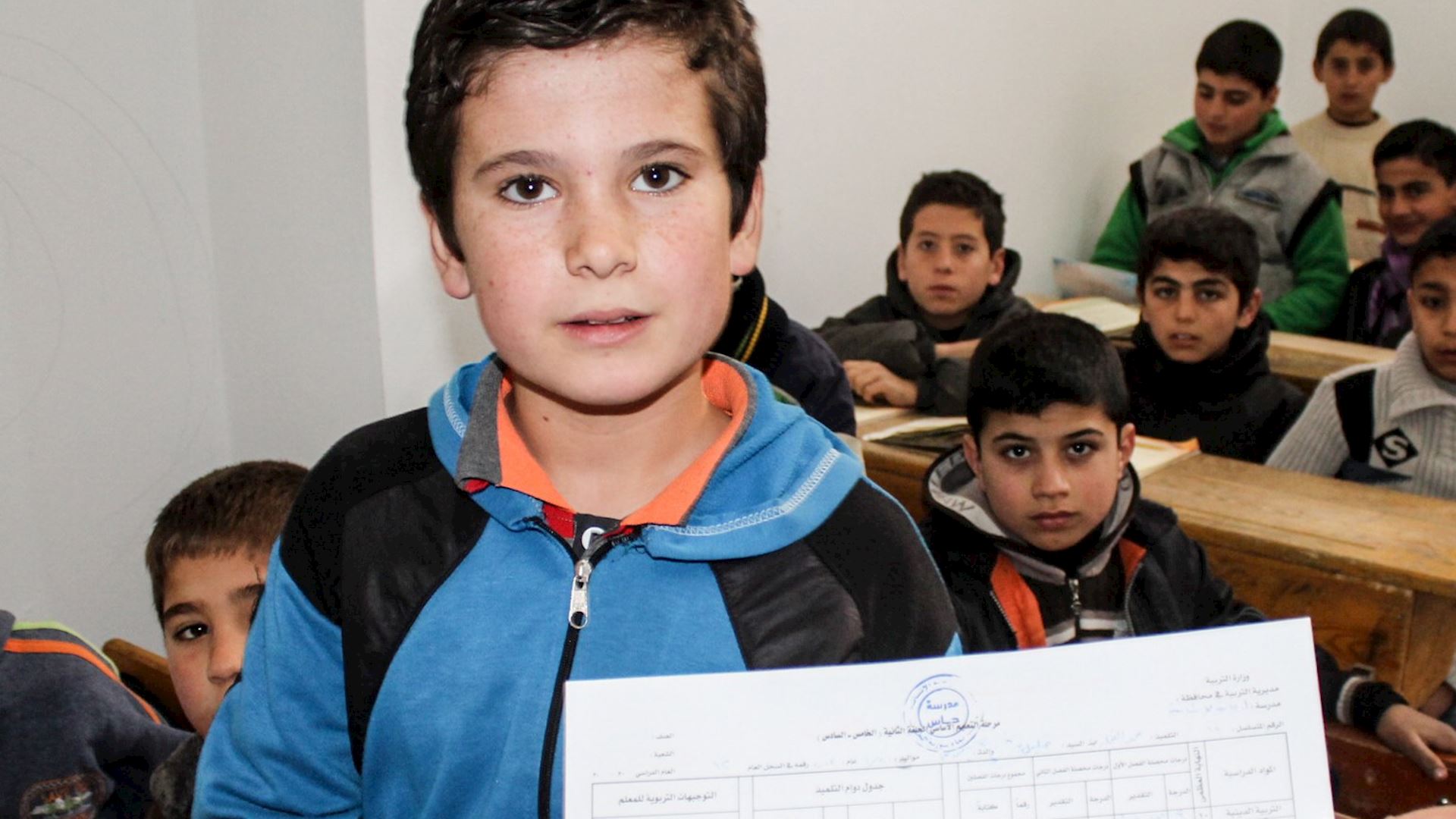 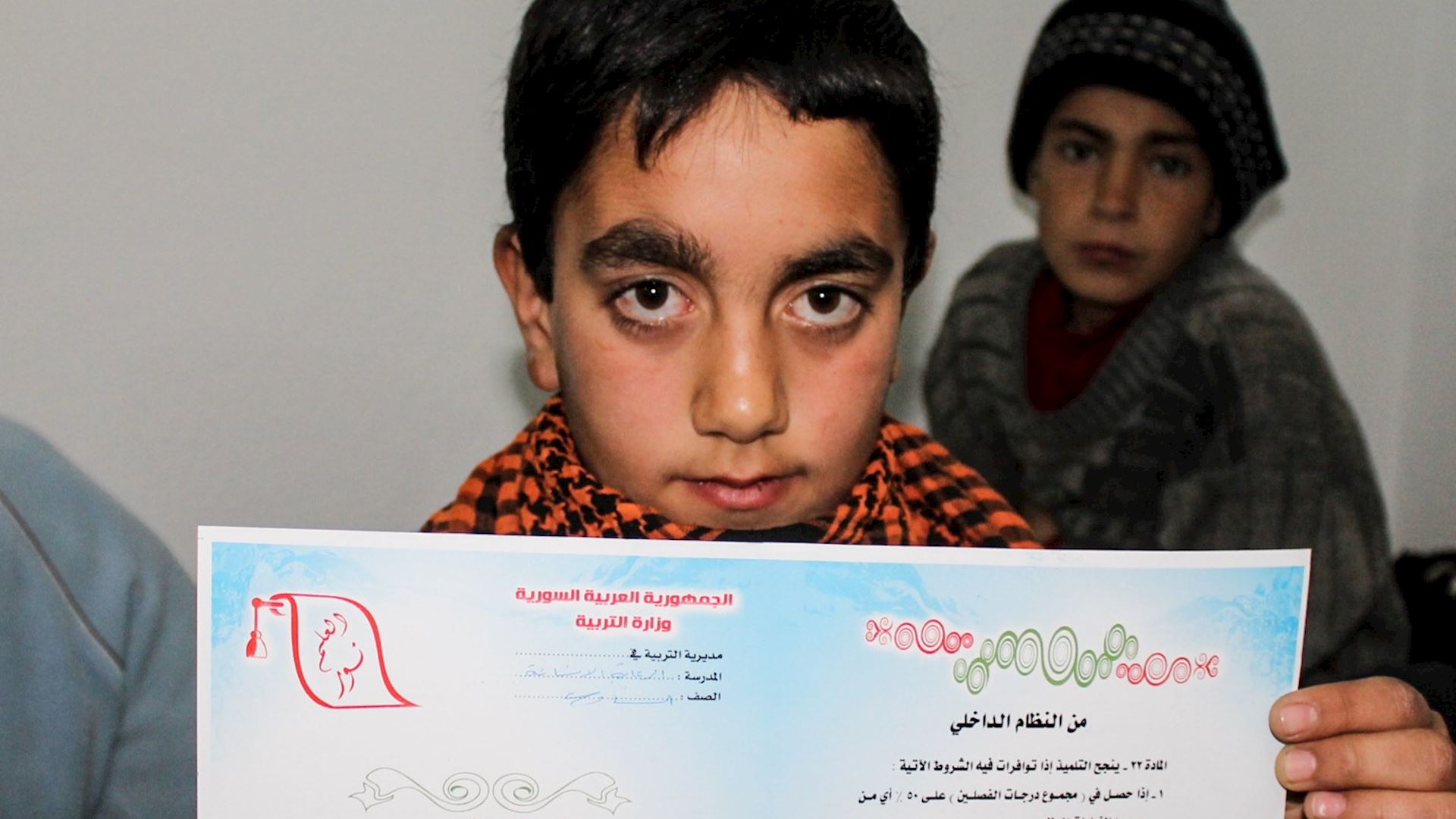 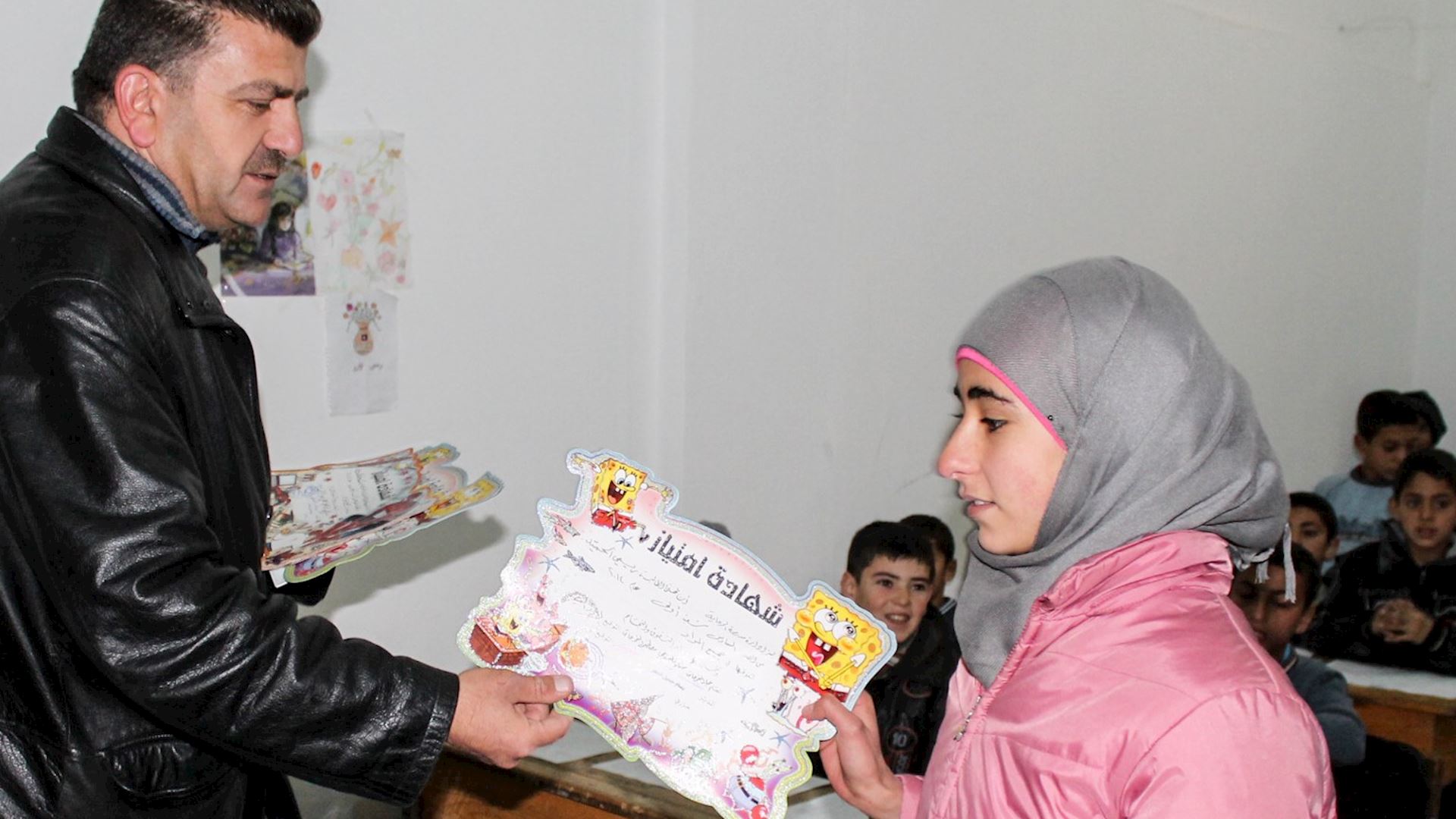